Many municipalities in Groningen province have a very low employment rate among young people aged 15 to 27. Likewise, many young people in the larger cities in the provinces of South and North Holland are unemployed. Labour participation rates among young people in Amsterdam, The Hague and Rotterdam are 59 percent, 52 percent and 53 percent respectively, considerably lower than the national average of over 62 percent. 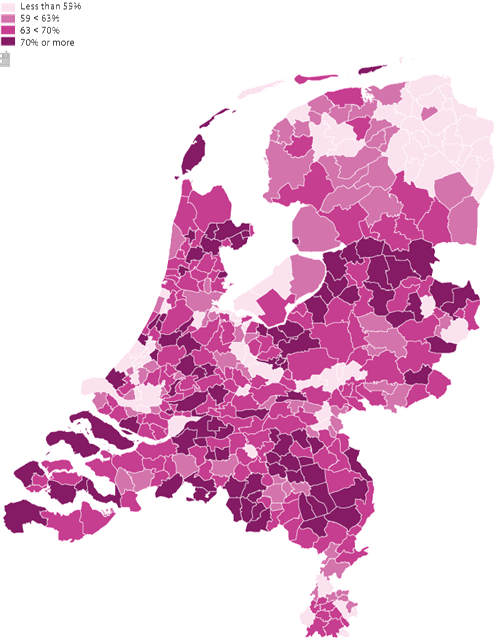